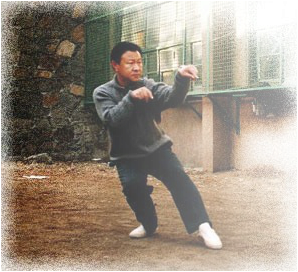 ​Kang Zhiqiang was born on 26th February 1949 in Qingdao, Shandong, The Peoples Republic of China. Born into a family that valued the ancient traditions of China, his father insisted upon sending his young son to study martial arts as soon as possible. Kang’s father sought out the greatest masters of Tanglang Quan in Qingdao and gave his son over to a lifetime of study of Seven Star Mantis Boxing as a disciple of Grandmaster Li Zhanyuan (disciple of Xiao Shubin and Hu Yongfu). Kang Zhiqiang officially commenced his martial career at the age of six, in Taidong district, where he was to work, train, live and eventually teach for the rest of his life.

Kang trained in the classical methods for many hours a day and endured decades of hardship in order to meet the exacting standards of Li Zhanyuan. Naturally blessed as a strongman, Kang struggled hard to equally develop all other areas of his gongfu, but was always known for his brute force and heavy striking power. Short and stocky but swift of foot, Kang quickly developed into a skillful fighter and began taking challenge matches on behalf of the Taidong school from his early teens. Despite possessing the ability to perform flawless Taolu (boxing and weapons routines), with grace and control, the act of ‘touching hands’ (contact fighting), and conditioning his body through partner drills and qigong methods were his primary concern.

Though Qixing Tanglang was his life’s work, he was also a talented exponent of various varieties of Longfist (including Cha Quan and Mizong), Yazi Quan (Duck Boxing), Shaolin and Taiji Quan along with Meihua and Liuhe Tanglang. 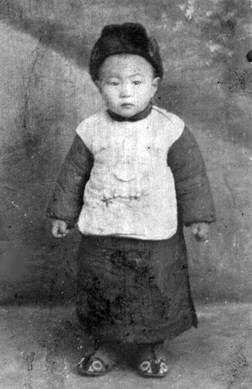 The young Kang was required to master all the weapons of the Tanglang family as well as a wide variety of long and short weapons from the various northern schools of Chinese Boxing. Liuhe Gun (Six Harmonies Cudgel) became his personal favourite, which he was called upon to demonstrate on behalf of his master many times throughout the years. Kang Zhiqiang’s blazing speed and deft manipulation of the stick led to him representing Qingdao City and eventually theShandong Provincial team, winning gold in national championships of the early 1960’s.

Kang Shifu’s body was covered in puncture marks made by the points of spears, knives and the tips of steel whips. Thick scars from the hacks and slashes of swords showed across his forearms and legs with a three-inch gash along his hairline, the result of a skull-jarring chop from a broadsword. Kang often laughed as he recalled these life-threatening injuries as nothing more than badges of careless rough play.

Each of the masters of his generation from Qingdao to Yantai, knew his mettle and never once did he shy from a challenge, accepting all comers past the age of fifty. 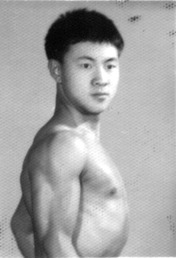 Kang Zhiqiang was the working class son of a struggling family. Despite the amount of time and effort expended on the art of Mantis Boxing, it was never to become his source of income. Kang supported his wife, son and Shifu by earning a living as a blue-collar worker and generally shunned the limelight of the martial world.

Despite teaching on behalf of Grandmaster Li Zhanyuan for many years, he carried no aspirations of taking the mantle of the family, content to look after his master in his old age and to continue practising alone. In fact, apart from a very small handful of students, Kang never embraced the role of master of Mantis Boxing. The author (Brendan Tunks) was lucky enough to inherit his hard earned martial knowledge as disciple and adopted son in his final years. 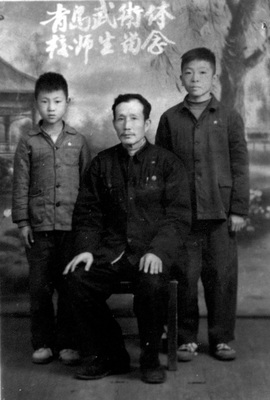 ​A simple and direct man, Kang Shifu was the antithesis of the mystical martial arts master. Although he had a great respect for the history and traditions of Mantis Boxing, he was wary of the folklore and mythology of the art and blind veneration of past masters and their legendary deeds. Kang always passed on traditional knowledge or time-honoured anecdotes with a disclaimer, encouraging listeners to seek their own verification and cautiously test each mouth full served to them. Any question that he could not answer on technique, theory or history would be immediately referred to the relevant source without the slightest sense of embarrassment.

​Kang would frequently invite guest masters from each of the clans of Mantis Boxing to improve the performance of his own students, never belittling the skill of another master. When quizzed on the ability of any other exponent of Tanglang Quan, regardless of his personal feelings, he never failed point out their particular skill or speciality in the field, adding that one would do well to learn something from them.

​Kang accepted no tuition fees but demanded a respect for the treasures of Tanglang, frequently turning down potential students regardless of their profile or financial status. 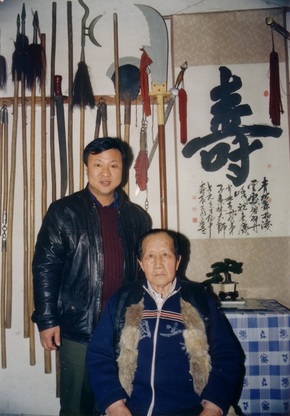 Training was ruthless at all times and Kang’s warm and friendly persona was left at the door. Mistakes were not tolerated and individual techniques could be drilled for hours on end until approaching an acceptable level, or until the student was physically unable to continue. Illness and injury were simply not acknowledged, with sympathy and compassion during training, non-existent. Any technique or principle taught was taught only once, and never to be forgotten. A finite amount of corrections were tolerated but certainly not welcomed. Any session in which a student performed in such a manner as to disrespect the art of Seven Star Mantis Boxing, was immediately terminated with a question mark remaining as to whether or not one was welcome to continue.

Physical contact was constant and forceful. Once a student came through the ‘inner door’ Kang held back nothing and delivered the methods with full-force. Most impressively and uniquely, he invited hard contact in return and came alive when fending off the attacks of his students. Although he was certainly heavy handed and punished carelessness in combat training with ferocity (and apparent glee), Kang showed control at all times and knew the physical limits of his charges. Bruises, blood and breaks were the constant companions of those who dared accept the challenge of his instruction, but the rewards far outweighed the costs. ​ 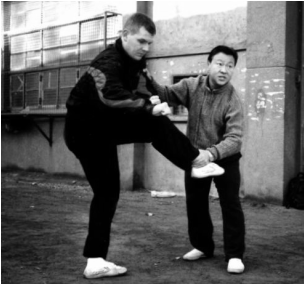 Training under Kang focused predominantly on development of Jiben Gong (fundamental works), physical and mental conditioning, combat strategy and fighting applications. Taolu, when introduced, were taught slowly and with painstaking attention to detail. Drilling of individual techniques and combinations along with free-fighting, played a major role in the curriculum. Kang placed particular emphasis on the grappling, throwing and joint locking components of Mantis Boxing, alongside prioritization of the Yuhuan Bu (Jade Ring Step) and it’s multitude of applications.

Multiple variations of each skill were taught, along with the accepted 'standard' version, with no technique imparted without its counter or defence. He wrote for his students, detailed notes on important theoretical and historical aspects, withholding none of his classical knowledge. His training regimen ranged from recommendations on traditional Chinese medical dietary supplements, to instructions on relegation of sexual and leisure activities.

Kang Shifu encouraged cross-training and advocated modern methods such as sprint training, long distance running and pliometric and isometric exercise, alongside traditional hard and soft qigong methods and use of herbal medicines. Cultural understanding was a priority for absorbing his teachings and each session was as much about Mantis Boxing as it was about Chinese history and culture. 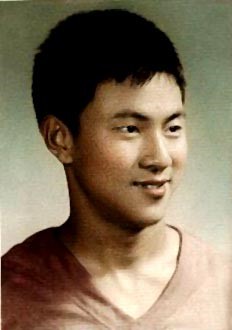 Brendan Tunks,
on behalf of the Tanglang Quan She, family and friends.

WE WILL NEVER FORGET